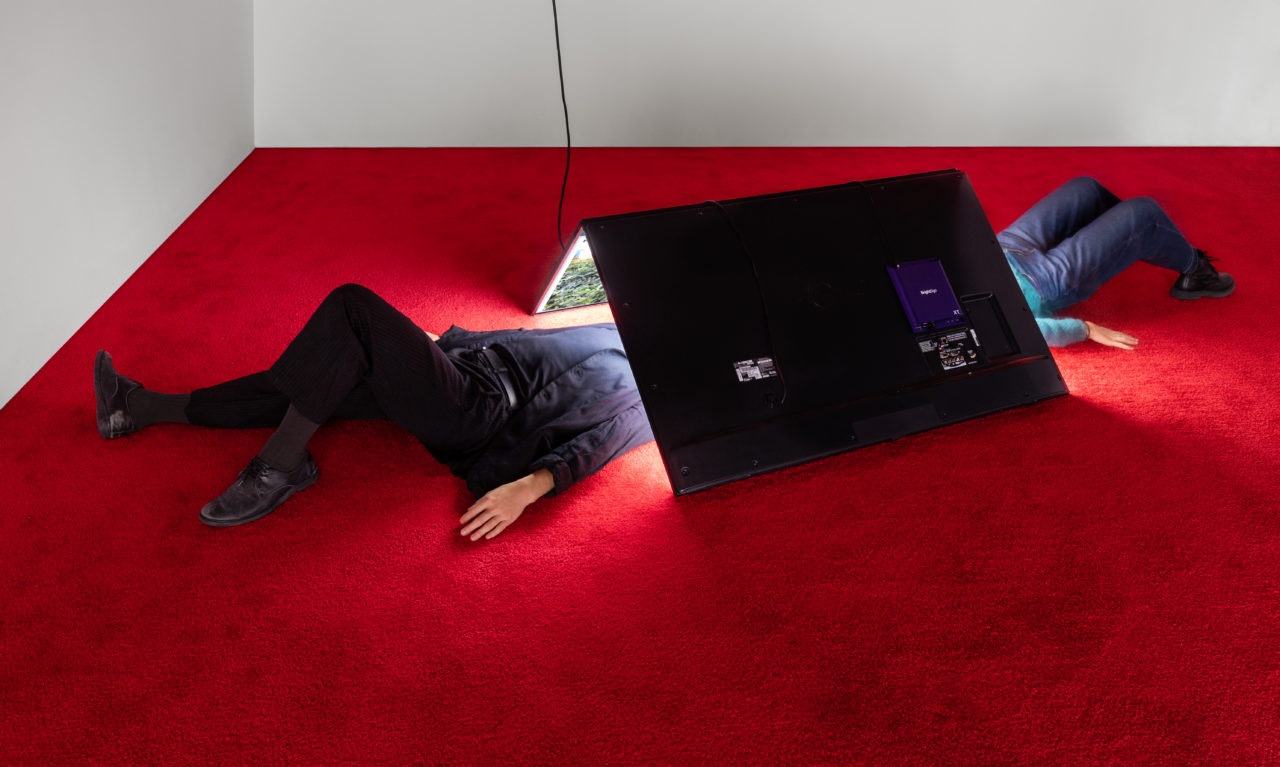 WHAT HAS BEEN SEEN – Eve & FRANCO MATTES

With humour and irreverence, Eva & Franco Mattes dissect, test, and redefine the boundaries of art and the Internet. Since the mid-1990s, the artistic duo has probed and engaged with the way contemporary societies have shaped the networked world and, perhaps more importantly, how it has shaped us (people and social relations). Further, their work contains the aliveness of the Web: masses of anonymous online users copy and edit online images, texts, and videos, and then channel them back into the Internet in what could be called a new Web folklore; such aliveness of both practices and content fuels the artists’ work and lends it a critical proximity to the materials and subject matter they explore.

Eva & Franco Mattes’s work is overtly political, engaging with issues like content moderation, practices such as “life sharing,” and our feelings and reactions as we watch and share. Their tactics seem inspired by ordinary pranks, as well as the shock effect characteristic of the avant-garde, where spectators experience metaphorical and physical forms of discomfort. In that sense, the work of Eva & Franco Mattes is a not-so-pretty mirror image of two generations: those who knew a world before the Internet and digital natives. This exhibition invites audiences across generations to see both others and themselves in the work of this artist duo.

This exhibition at the Phi Foundation welcomes audiences with two works that examine feelings and reactions relating to what we do online. My Generation (2010) consists of a series of webcam videos of videogame players experiencing crises and violent outbursts as they play. The video plays on an old computer, which itself appears to have been smashed up by some frustrated young gamer. Emily’s Video (2012) presents 20 minutes of viewers’ reactions to a video that we cannot see but which seems as though it must be quite shocking. To create the piece, the artists posted an online call soliciting volunteers to watch a horrible video, which the artists had found on the Dark Net. A woman named Emily then visited the participants in their homes and showed each of them the mysterious video while recording their reactions with a webcam. In Emily’s Video, it is unclear who is the observer and who is being observed: audiences will inevitably imagine for themselves what might be causing the participants’ reactions. The visitor sees others seeing—both the people in the video and in the gallery react to what they see. Importantly, both My Generation and Emily’s Video challenge the idea that technologies like the Internet somehow deprive us of feelings. In each work, we are left only with how the viewers felt, and then to deal with our own responses and feelings.

In BEFNOED (2014, an acronym for “By Everyone For No One Every Day”), audiences must crawl under weirdly arranged screens to watch low-wage employees carrying out the artists’ absurdist instructions. Indeed, to create this work the artists provided anonymous workers, recruited via online crowdsourcing, with detailed, seemingly nonsensical instructions for webcam performances. The workers attempt to carry out the artists’ absurd imperatives, ignorant either of who hired them or to what purpose. The artists posted the resulting videos in forgotten or peripheral social networks in countries like Brazil and China, where they still circulate without additional information or context. The gallery thus becomes the only place to watch these videos—and, ironically, this comes at a cost: the viewer must experience discomfort and, in a sense, perform the artists’ instructions in order to watch the performances.

One of the most common online practices today is “life sharing.” Eva & Franco Mattes became pioneers in this regard with their work Life Sharing (2000–03). For three years, the couple made the contents of their home computer accessible to the public. All of the contents—including artworks, images, files, emails, bank statements, and so on—were available in real time to be seen, read, copied, and downloaded. Realized long before the birth of the so called “sharing economy,” this early work investigated key issues such as the blurring of boundaries between the private and public spheres, the increase in mass surveillance, online performance of the self, and the exponential increase in the public display of voyeurism and exhibitionism. This show at the Phi Foundation also includes Riccardo Uncut (commissioned by the Whitney Museum of American Art), a recent work in which the artists push life sharing to the next level. To create the piece, they bought a stranger’s cellular phone for $1,000 and transformed all the photos and videos contained therein into a slideshow. Presented as a video installation, the work becomes a portrait of Riccardo—the phone’s prior owner—over thirteen years, a piece of his life exposed without judgment. As in most of Eva & Franco Mattes’s works, Riccardo Uncut tells us as much about ourselves as about Riccardo, and is thus simultaneously a portrait of the observing audience.

Personal Photographs (2019) renders concrete what we often assume to be immaterial: data. Indeed, for information to flow in an office space, for instance, a physical infrastructure is needed. In this case, the information, which passes quite literally from the second to the third floor of the Phi Foundation, is all the photographs the artists took in October 2012. In this work, Eva & Franco Mattes continue their life sharing tradition—except that audiences do not encounter any of the artists’ 239 images. What they do encounter, instead, is an array of modular units of cable trays and wires, which snake and meander throughout the exhibit. The visitor thus may depart with a certain idea of what “life sharing” looks like but no clue whatsoever regarding the artists’ personal photographs.

This exhibition includes works that engage with Internet content such as Ceiling Cat (2016), a sculpture based on the popular LOLcat meme of a cat peeking through a hole in a ceiling. The meme is usually accompanied by a caption: “Ceiling cat is watching you…” In the artists’ words, Ceiling Cat is like the Internet itself: “cute and scary at the same time”—a tension at stake in this and other works in the exhibition. More scary than funny, perhaps, are Dark Content (2015) and Abuse Standards Violations (2016), two works based on more than a hundred interviews the artists conducted with anonymous Internet content moderators. Hired mostly via crowdsourcing and working from home in the Philippines, Eastern Europe, and the US, content moderators form a huge, hidden labour force tasked with removing controversial content from the Internet. Abuse Standards Violations consists of a set of wall-mounted insulation panels printed with corporate guidelines that were leaked to the artists by one of the interviewees. The work confronts the fact that the corporation’s guidelines and employees alike are often invisible, or not fully known, to its users, who are uncertain as to which content has been “edited” and for what purpose. Based on real testimony, Dark Content consists of a series of video installations in which computer-generated avatars recount the often-dramatic stories of Internet content moderators. When entering the gallery, audiences see only white, pristine surfaces resembling modernist sculptures, but as they move about, they encounter ordinary home-office desks similar to those used by the moderators. Watching Dark Content’s videos can be alienating, as most of the images shown are banal and generic, and do not convey the tragic situations being narrated.

Also inspired by a LOLcat meme is What Has Been Seen (2017), wherein a taxidermied cat sits atop a microwave that contains an erased hard drive. The work asks: can data really be deleted? From our hard drives? From our memories? The axiomatic adage “what has been seen, cannot be unseen,” which appears frequently on the Internet, commonly relates to viewers’ reactions to disturbing content and, more precisely, to a mental image that a user cannot efface after having witnessed a startling or shocking video or photograph. The title What Has Been Seen traces a link between this work and others in the exhibition in which seeing, being seen, and reacting to what one sees comprises a constant negotiation. The works of Eva & Franco Mattes presented here invite us into this negotiation and occasion us to reflect on and respond to our contemporary networked condition.